A lot has happened in the three years since any of us last had the time and energy to put together a newsletter. The biggest news, of course, is that the last few OU courses that still used animal tissue have closed! Events overtook us there - the budget cuts meant that the OU had to close its science residential courses down, and that luckily included the courses we'd been campaigning against. But the Dean of Science, Professor Hazel Rymer, promises that there are no plans to use animals or animal tissue in teaching again, even when the budget finally recovers – see page 5. A big step forward for the OU, and cause for celebration for all of us. I wonder how many other British universities can claim the same?

That leaves us with the question: what should OUSES do next? Now the teaching side has put its house in order, we have more time to think about what's happening in research: see below.

Another small piece of news since the last newsletter is me. I offered to stand as Chairman of OUSES in February 2012. It was entirely nominal then - we just needed to have a Chair to fulfil an OUSA rule. I admit I had only a vague idea what OUSES had actually been doing! Over the last few months, though, I've found myself joining in more and more, until I ended up hearing enough about our activities to think I could do the newsletter myself. So for those of you who are as vague about them as I was - "read all about it"!

The annual animal use report from the OU to the OU Students' Association is in – thanks to Jackie Billson at OUSA for passing them on. This year, for the first time, we have information on research use as well as teaching. (It turned out to be a simple mistake after all – the OUSA Executive Committee hadn't realised they were meant to ask about research.) The sum total of the report is:

That's 484 more than there should be, of course; but I don't know whether it's more or fewer than last year. I sent a Freedom of Information request to the OU, asking for:

Beverley Midwood, Senior Manager in Legislation and Information at the OU, replied on 6thth June 2013:

The rodents used for research were 200 Rats and 264 Mice. Each animal was used in only one project and experienced zero or one procedure.

The University has used these animals for the following:

(It doesn't go into what was actually done to the animals; but then asking “what the rodents were used for” was slightly ambiguous, now I think about it.)

The consideration of alternatives for use of animals or animal material for
research purposes is a requirement of legislation (the Animal (Scientific Procedures) Act 1986) and the research has to be approved by the University’s Animal Ethics Advisory Group which includes lay members (non-OU) and non-biologists (both OU and non-OU). Please see the Open University’s Animal Use Statement.

This is the one answer I'm not happy with; it's the same one that was given to Doug Paulley when he asked the same question a few years ago. It doesn't address the question, which was WHAT alternatives were considered, and why rejected. 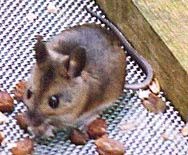 The University follows the Home Office regulations and Code of Practice concerning the care of animals used in scientific procedures. It is subject to inspection by Home Office staff and we also have a Veterinary Surgeon who advises the University. Laboratory staff and researchers receive training in the care and husbandry of animals.

The University follows the Home Office regulations on the sourcing of animals, which includes the requirement that any such supplier organisations have their own ethical committees.

I have passed your request to the Science faculty about including this type of information in the report to OUSA, but I understand that the report is based on questions asked by OUSA.

I hope this provides the information you need, but should you require any further information about the University, please contact this office again.

I've taken up this offer and written back to her, clarifying the request for at least the general nature of the procedures and asking for a proper answer to the question of what alternatives were considered. No reply so far.

The course information for SXHL288, Practical science: biology and health, mentions one topic - “Animal Physiology: adaptation to cold” - that sounded as if it might in former ages of the OU have been demonstrated directly on animals, so I emailed the course team to check this. Their response was:

"The whole topic 'Animal Physiology: adaptation to cold' makes use of new virtual material, ranging from computer-generated rats and animal facilities to video material and digital microscope images. Within the topic materials and resources, there is one library photo of laboratory animals as well as photos of wild animals and some short archive video clips of both. There are some short new video sequences showing small amounts (thumbnail size) of real brown and white adipose tissues samples that were taken from one animal that had already been culled for another purpose.

"The topic is based on an underlying data set and microscope images from tissue taken from real animals used on previous (and now discontinued) OU Residential Schools SXR374 that were carried out under HO [Home Office] licence and with ethical approvals. This topic has been produced as a genuine alternative to animal use and makes good educational use of previous animal work and thus advances the 3Rs of Replacement, Reduction and Refinement.

Meanwhile, the prospectus description of another topic in the same course interests me:

"Attention and the brain – This activity explores practical approaches to the study of attention. It will introduce you to practical experiments that examine how brain functions are conducted, as well as to the careful considerations required when conducting experiments of this nature. You will conduct a study with human participants and a virtual experiment based on published laboratory data on animal attention. You will examine the ethical implications for both of these forms of experimental behavioural research." [my italics]

If any SES members have done this course, it'd be interesting to hear more about what this section consists of!

So SXHL288 gets a clean bill of health. I like to see so much effort and ingenuity put into teaching this topic without harming animals - perhaps a taste of things to come at the OU.

Statement from the Dean of Science, Sep 2012

"As part of our commitment to teaching in the Life Sciences, we have made minimal use of animal and plant tissue in the past. However all our practical teaching is now on-line and we no longer run the residential schools where these tissues were worked on by students.

Although there are still optional residential components to some of our science modules, these are for astronomers to work with telescopes, and earth scientists and environmental scientists to do fieldwork. There are also chemistry lab practical sessions for some students.

We do not plan to use animals or animal tissue in our teaching. We use virtual experiments, on computer, to teach the skills in practical science that our students need."

Diana Isserlis saved all the e-mails, and intends to have formal minutes ready by the time the next AGM comes around. Meanwhile, here's what I can remember.

As usual, the meeting was conducted by e-mail throughout most of February, with Diana announcing the headings and forwarding members' contributions to everybody she has an e-mail address for.

Many people sent good wishes to Doug Paulley, who was in hospital with a heart problem.

There were suggestions that we might give up our OUSA Society status and operate as an independent group (less paperwork), but we eventually decided to stay a Society for now, on grounds including being able to advertise in OU Student.

Diana found it rather hard work to keep up with forwarding the e-mails. It was suggested we might hold the AGM via Facebook next year, but that was objected to because frequently changing rules make it difficult to maintain privacy on Facebook, and because some members (including me) didn't want to join Facebook. Eventually we agreed that Diana would set up forum software on OUSES's website (www.ouses.org.uk), so that we could hold future AGMs there.

Sam Covington reported that we had £1,227.52 in the bank as of 15th October 2013. We had planned to make some donations but due to various factors didn't have a second signatory on the account who could approve this.

Diana stood down as secretary, and Pei Ling Choo volunteered to take her place and also to offer scientific advice, introducing herself:
"I feel I can play a contributive role being a researcher and an environmental activist. I'm also part of the Voice of Young Science network with a particular interest in ethical issues in research."

So the posts held are now:

Your support is important to us!

SES is a Society affiliated to the Open University Students' Association (OUSA). Our aim, using peaceful means, is to stop the University using animals, and/or animal/derived materials that are not ethically sourced. We also aim to provide information and support to students who wish to study life sciences without harming animals.

In order to maintain our status as an OUSA Society, we have to ensure that our membership numbers remain above a certain level so, if your membership is due for renewal, we do urge you to return the enclosed membership form, and please do let us know if you have a change of address.

We do not release any personal details outside SES.

Policies on Animal Use

This Association recognises the Open University’s endorsement of the principles of the 3 Rs (namely Replacement, Reduction, and Refinement) in its use of animals, and in order to demonstrate its continuing commitment to those principles we ask the University to make an annual statement giving numbers of animals used in research and in education, year – on – year, until five successive years are shown and thereafter show the figures for the current and the four preceding years, and that this report be sent to the General manager of OUSA for onward transmission to those who request it.

We also ask the University:

Can you help by distributing SES information?

We have created a series of factsheets and leaflets which can be downloaded to print out from Resources.

If you are attending a residential school, revision weekend, open event or OU Students Association event, please could you distribute this information to people who may be interested?

In common with other OUSA Societies we have an OUSA Moodle Forum associated with us, open to members and non-members. You can access this from your StudentHome page: select the "Student Association forums" link (left-hand side of page, under "Links"), then select "OUSA Live", "Societies and Groups" and finally "OUSA Ethical Science".

Vivien Pomfrey, our scientific advisor, maintains four email groups to which she sends information on animal-related topics. These are for people interested in:

If you are not already in any of these groups (or are not sure!) and would like to be included, you can ask to be added to whatever groups interest you by email to our scientific advisor or membership secretary. Please see the contacts page for the email addresses. You can leave a group at any time by emailing the same address.